Prior to attending Medical School I acquired an undergraduate in Electrical and Computer engineering at the University of Alberta. During this time, I was involved in several interesting projects including developing hardware and software for Nanoscale spectroscopy (FACIA Lab), contributing to a software program for DARPA, the US defense agency, intended to improve the analyze of eye- tracking and motion-capture data for health-related applications (ACELab), and developing an augmented reality system for prostate cancer (Telerobotic and Biorobotic Lab). Post undergraduate, I completed a masters in Mechanical Engineering at the Bionic Limbs for Improved Natural Control (BLINC) lab, a multidisciplinary lab led by a physiatrist, including members from neuroscience, computing science, engineering, and kinesiology. The lab focused on improving prosthetic technologies. Guided by Dr. Albert Vette (Ph.D.) and Dr. Jacqueline Hebert (MD), I successfully defended my master’s thesis in 2018. My thesis focused on restoring movement feedback to the lower limb amputee population. To achieve this, I developed a low-cost wireless system capable of tracking the motion of prosthetic devices to bridge the movement of a prosthesis to actuators responsible for administering the movement feedback; this work was entirely funded by the United States Department of Defense, Congressionally Directed Medical Research Programs (CDMRP).

In addition to academia, I am very involved in the community and procured a number of awards and features including the University of Calgary’s Equity Diversity Inclusion (EDI) team award (2021), a feature in the Alberta’s Professional Engineers and Geoscientist (APEGA) centennial video (2020), a feature in the National Black Coalitions of Canada (NBCC) Building our Canada magazine (2020), a feature in APEGA’s summer magazine (2018), a feature article in Canada’s broadcast corporation (2018), the Alberta council for global cooperation (ACGC) top 30 under 30 (2018), the National Black Coalitions of Canadas (NBCC) Youth Excellence Award (2018), and the Edmonton’s Rise award (2017). I received these awards, in part, for my work at Neighborhood Bridges, a local human rights agency focusing on supporting individuals with intellectual disabilities, my role as the lead tutor for the Edmonton Mennonite center for newcomers (EMCN), for co-founding the South Sudanese Youth of Canada (SSYC) and my involvement with the Calgary Black Medical Student Association (BMSA). 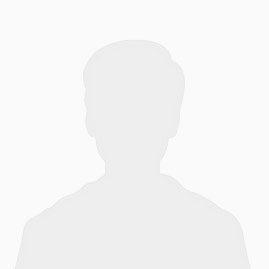